The genetic legacy of Britain

The study, published in the journal Nature, found that:

The genetic legacy of Scotland 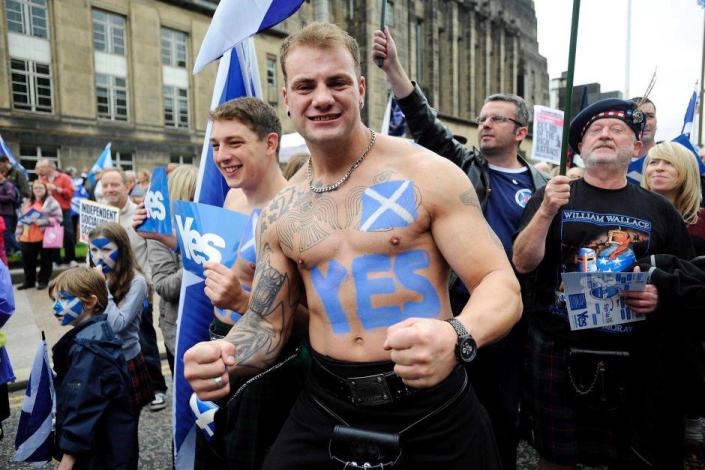 Following on from this earlier study, Edinburgh University researchers have now undertaken an in depth genetic study of the Scots people. Their study examined the genetic make-up of people whose ancestors had lived in specific geographic locations in Scotland for at least four generations.

The results appeared in the Proceedings of the National Academy of Sciences of the United States of America in September 2019.

This Scottish genetic study reveals that: 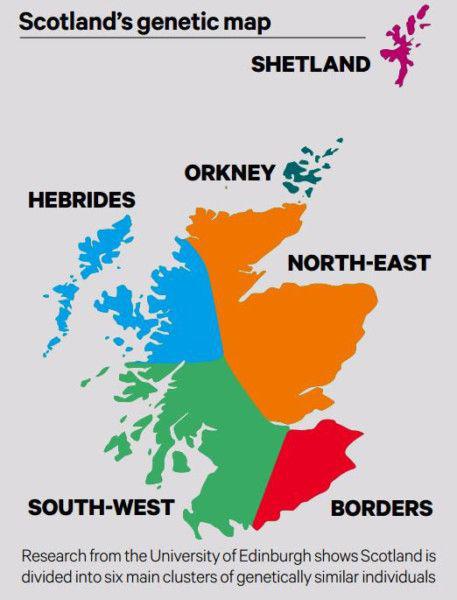 In southern Scotland, the Borders region forms the boundary between Scotland and England. People from the Borders have a distinct genetic signature, with a majority of Scottish people in the Borders area sharing genes with people of English ancestry. This distinguishes the Border folk in the lowlands from Scots from other geographic locations. This Borders genetic cluster mirrors the ancient Brythonic kingdoms of the Gododdin and Rheged (modern Cumbria)

The Highlands in the north of Scotland are sparsely populated and an isolated mountainous region. This isolation is shown in the genetic features of Scots living in this region, whose genes differ from the genes of Scots elsewhere in Scotland. The Edinburgh University researchers have concluded that these differences in the Highland folk are the genetic legacy of their ancient Pictish ancestors, whose kingdoms were historically located in Scotland’s Highlands.

The study also confirms that the people of the Hebrides are genetically distinct from the rest of mainland Scotland, forming a discrete genetic “island”. This is attributable to Irish genetic admixture and generations of relative isolation for the small, ancestral island population.

Orkney and Shetland also form their own isolated “islands” with distinctive genetic features. These differences are attributable to both Norwegian ancestry and the isolation of these northern isles. The study’s clustering analysis also shows a significant degree of differentiation within each island group, with genetic differences evident in individual isles.

The genetic features in the study’s clusters in the south east and north-west of Scotland indicate an affinity with people of Welsh ancestry, reflecting a common Celtic ancestry across Scotland and Ireland.

This in depth study of the genetic inheritance of the Scots confirms Scotland’s genetic continuity across the centuries.

This genetic legacy is the real treasure of Scotland.

This entry was posted in Uncategorized.